The purpose of this article is to explain the impact that an athletes load selection has on total training volume and training outcomes.

"Go hard or go home" the gym bros said. There's no denying that training with intensity is required to produce a stimulus that will induce the adaptations that we're looking for. However, there's more to it than just going "balls to the wall" in every workout.

To illustrate what I mean, let's set up a hypothetical scenario. Let's say you have a goal to increase your quad size and your coach writes you a 4 week program that calls for 4 sets of 5 rep barbell back squats as your primary exercise. You come in excited on week 1 and choose to load the bar "kind of heavy". You hit the first 2 sets for 5 reps, but come in just shy of the 5 reps on set 3. Then instead of reducing the weight for the final set, think it's all good and once again only miss the required 5 reps that the program called for. The following week you come back hungry and ready for more so you load the bar slightly heavier than the previous week. Progressive overload, right? However, this time you only manage 1 set of 5 reps and this time manage to miss the 5 reps on the final 3 sets. This might sound okay in theory because the weight was increased from one week to next. But on paper, the total load lifted across the two weeks tells an entirely different story than what was intended by the program.

There's a difference between training hard and training intelligently. How we choose to load a bar in each session has a massive impact on our training outcomes over the course of a training cycle. This is what we'll be exploring today.

What is Training Load and Its Significance?

There are several ways to determine training volume. One common way is to use total load. Total load, also called tonnage, can be calculated by the following formula:

This is the total load of one exercise in the session. However, goals are realized over training cycles not over individual sessions. Therefore, tracking the total load from session to session across a training cycle can be advantageous for reaching our hypertrophy goals because it allows us to stay in control of our progressive overload. The image below depicts what I mean.

Progressive overload is a fundamental strength training principle which states that the stimulus provided to a body must continuously increase over time in order to prevent plateaus and produce the desired adaptations and performance improvements. In simpler terms, continuously do more than before until you can't. This is what differentiates training from a workout.

In the example above the athlete squatted 4,500lbs in week 1 and 4,600lbs in week 2. This was done by increasing the weight on the bar, resulting in a 100lb increase in total load, thus ensuring progressive overload occurred. By doing this across an entire training cycle we could sum up the Total Load of the Cycle. Knowing the total load of the cycle allows us to prepare for the next cycle and design a new program that will continue to provide progressive overload. Mark Rippetoe said it best in his book Starting Strength. Progressive overload "makes the challenge a scheduled event instead of an accident of mood or whim, and certainly not a random occurrence within an exercise program".

💡
This is what it means to train intelligently

***One caveat here is that it's not only the total load that influences hypertrophy. It's the total load of repetitions that activate high threshold motor units. Not all reps are created equal and this is due to muscular fatigue. However, for the sake of illustrating the point of the article, we'll take training load as sufficient for producing the stimulus we need for hypertrophy to occur.***

We've established the importance of progressive overload, but how that overload is applied is just as important! This is where the concept of load management comes in. It is simply the practice of managing training loads in a way that enhances performance.

💡
The NASM recommendation for load management is that "increases in time, weight, or intensity should be kept within 10% or less each week to allow for a gradual adaptation"

However, a 10% increase from one week to the next can be a large increase depending on the athlete and the exercise. Don't fear using load increases of 1-2% on the heavier lifts.

Now let's take a look at an example of what happens to the total load of a training cycle when an athlete chooses a poor load selection.

What Happens to Total Load When We Ignore Load Management/Selection

Let's go back to the hypothetical scenario from the introduction. The program in the image below is one part of the athletes back squat program. Often times when a coach write a program with specific sets and reps, there is a specific reason for it with an intended training outcome.

The program calls for 4 sets of 5 rep back squats with progressive overload over the course of a 4 week cycle. The 5 rep scheme was put in place so that the athlete can accumulate a large total volume and large total load over the cycle, which is the intended training outcome for the athlete. It's now the athletes responsibility to load the bar with a weight that will be intense and challenging, but still allows for the sets and reps to be completed as programmed. I.e. proper load selection.

The picture above on the left is the training log of the athlete and what was lifted on each session over the 4 weeks. The image on the right is a made up training log of an optimal approach to load selection. Let's compare the two to understand what happens to total load when the athlete deviates from the plan. First starting with the suboptimal loading.

Week 1: The athlete chose to load the bar with 315lbs. At this weight, he wasn't able to make the 5 reps on set 3 or set 4. This results in a total load of 5,355lbs. In an optimal situation, the athlete would have dropped the weight after set 3 to accomplish the 5 reps on set 4.

Week 3: Once again, the athlete chose to increase the weight to 330lbs. Now the athlete is feeling it in his body. The intensity is much too high and only 3 sets were completed. None for the 5 reps prescribed. Total load is 2,970lbs and dropped off another 1,000lbs from week 2.

Week 4: The athlete felt too much fatigue to perform the training session. Total load lifted is zero lbs. This brings the total load of the cycle to 12,225 lbs. Sounds big, right?

Now let's look at what happens if the athlete would have used a more reasonable load selection and managed the intensity/load over the phase.

In each of the consecutive weeks, the weight was only increased by 5 lbs and kept the same on week 4. When we're under the bar it may seem like we're doing more work because it's intense and the weight is higher. But the total load lifted across the cycle paints a very different picture. Now the total load of the cycle is 23,330lbs. A whopping 50% higher! Double the load lifted across 4 weeks.

The moral of the story - There's more to it than lifting heavy weight. Even though the athlete lifted heavier weight in the first scenario, he actually lifted a significantly lower load across the cycle. This will effect the training outcome and has the potential to slow down progress.

I may be teasing with the above saying, "train like an athlete, not like a meathead". But the point stands. There's a time and place for training to failure. Often times we need it to break plateaus. But it's not about destroying ourselves every session. It's the idea of being consistently good, not occasionally great. If you have a strength training goal, it's going to take discipline. This means being consistently good. I.e. managing your loads, intensity and recovery. Choosing to be occasionally great may leave you feeling pumped in the moment. But reaching goals feels even better. Always train hard, but not at the cost of training smart.

If you enjoyed this article, I encourage you to subscribe to my weekly newsletter, The Sunday Spread, where I share free resources, training tips, discounts to my coaching services, as well as my personal interests like podcasts, books, and worthwhile videos. You can sign up by hitting the gray button in the bottom right hand corner and dropping your email or signing up on the homepage! 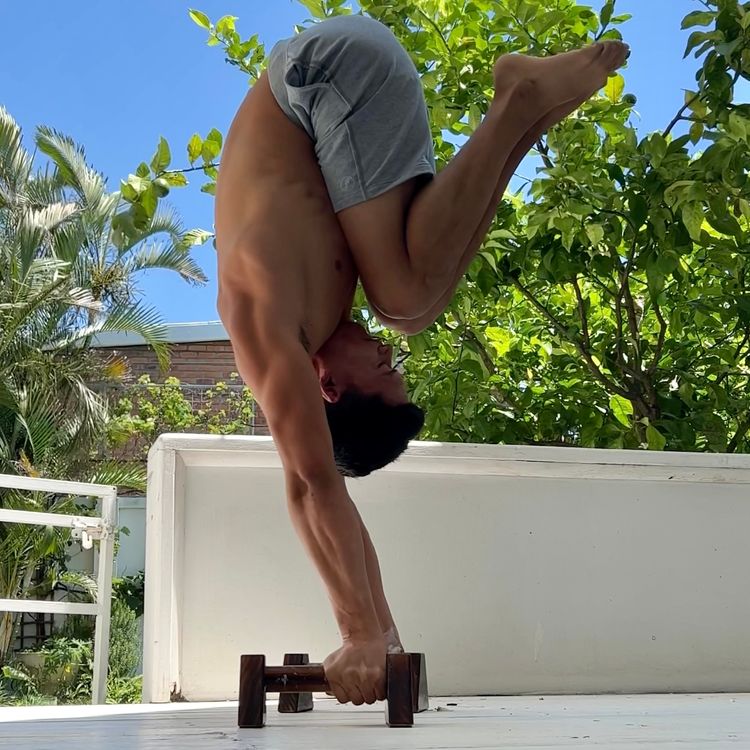 The Importance of Logging Your Training

The purpose of this blog is to discuss the importance of logging your training, 3 reasons why, what to log,
Jan 1, 2023
4 min read
Sep
24 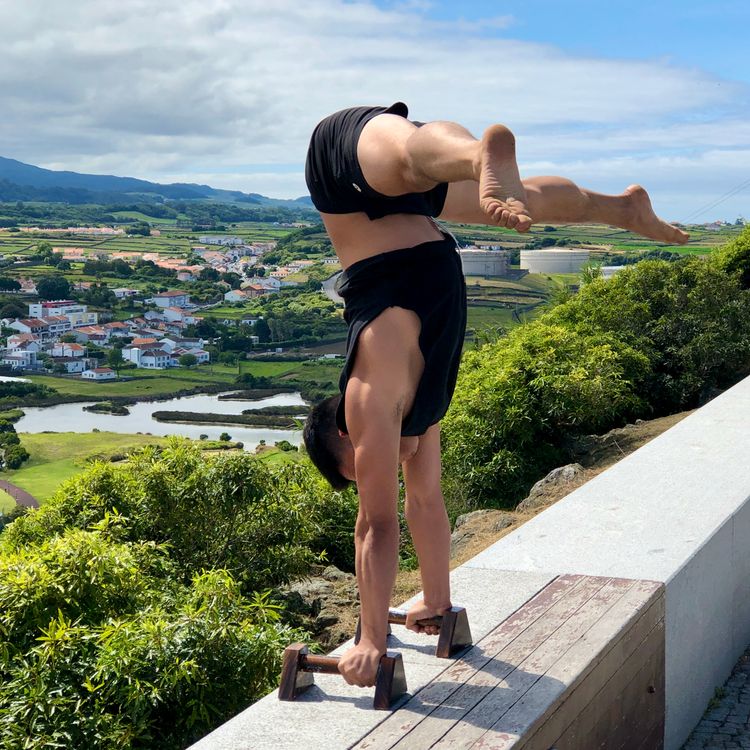 The purpose of this article is to provide a general framework for a beginner to progress their straddle handstand. The
Sep 24, 2022
9 min read
Sep
17 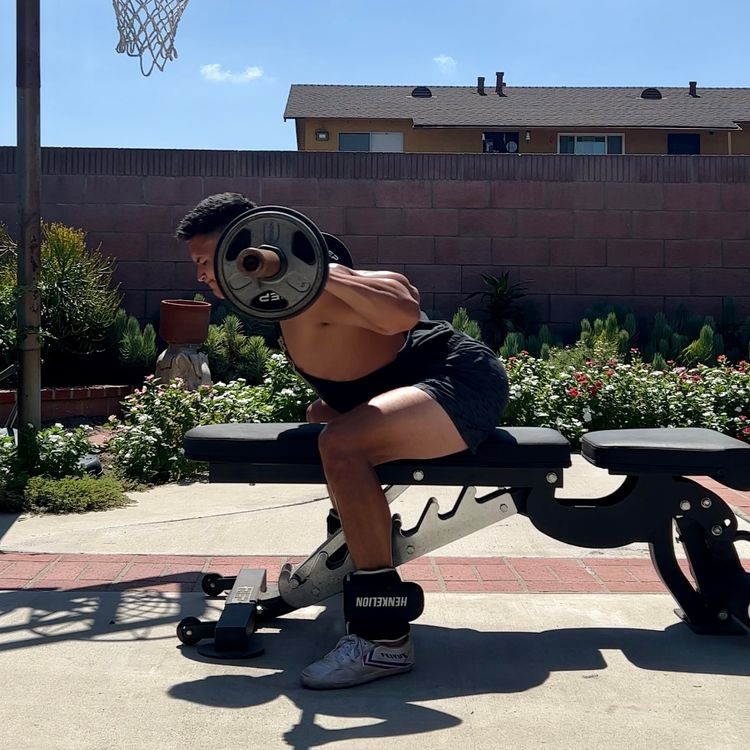 How To Use The Seated Goodmorning for Improving Pancake Flexibility

The purpose of this article is to explain how the Seated Goodmorning can be used as a supplementary exercise for
Sep 17, 2022
9 min read
Aug
27 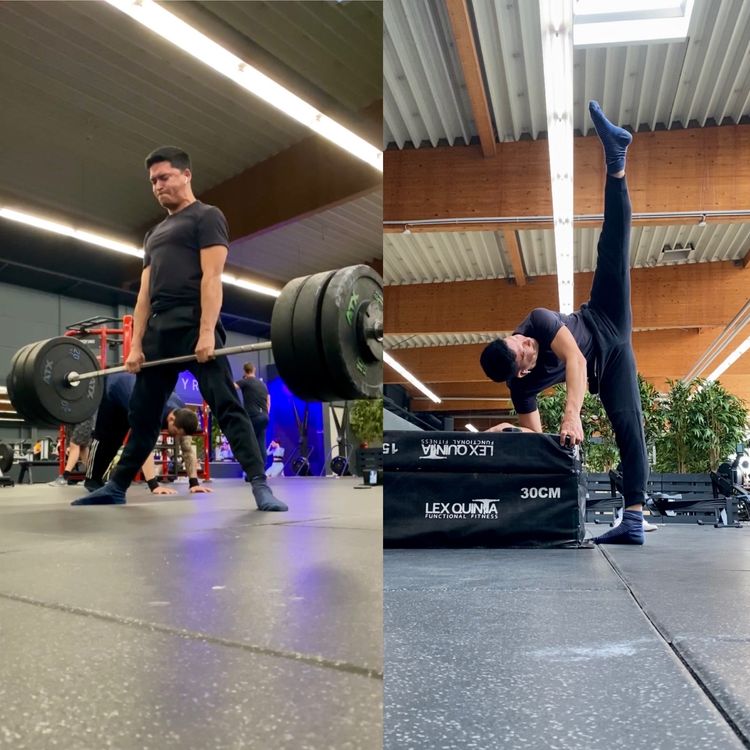 How to Combine Flexibility and Strength Training

This article aims to provide a guideline on how to combine flexibility training and strength training in the same session.
Aug 27, 2022
10 min read
Jul
24 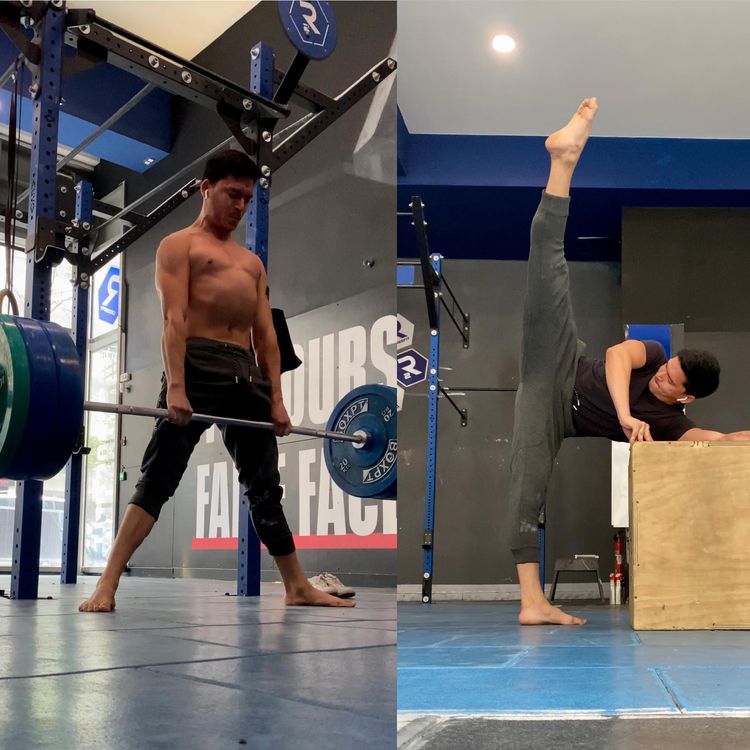 From Engineer to Online Coach!